With my wife Sue, we stand on the southwest edge of Iceland’s Reykjanes Peninsula, the only place on earth where the mid-Atlantic Ridge is visible above sea level. This, bordering the North American and Eurasian tectonic plates, that float on superheated Magna, slowly moving away from each other, creating gaps. In effect, releasing numerous hot spots across Iceland, attempting to pull the island apart. The adjacent lighthouse complimenting the area as part of a UNESCO Global Geopark.

You don’t need to be a geologist to appreciate this incredible undersea mountain ridge emerging from the depths, with dark grey rock formations spiraling from the sea around the windy, wave-crashing shoreline. Varieties of nesting birds also claim ownership of these rock structures, particularly during the summer months June-August where it can reach a balmy average 11oC (52oF).

A four-wheel drive vehicle works best, where the paved road stops before traversing a long, pebbled road, then climbing a steep, very rocky hill and down the other side to an unkempt gravel road. Surprisingly, only handfuls of people seem to venture to this historic place.

Our first glimpse of the dominant Valahnukur Mountain, a mossy grey-green lava field blanketing the increasing slope like a shoe, from the toe with a break towards the heel, with rocky crags abruptly falling into the sea.

We learn that its formation was realized during different phases of a volcanic eruption, involving airborne volcanic ash that settled in the water and consolidated the Magna rapidly, then hardened into volcanic glass, called tuff. Pillow lava was formed in another phase, when the Magna was released underwater and rapidly cooled, restricting its lava flow to form glass-coated pillows, until more Magna forced other pillows to form, rather like the stop and go of squeezing a tube of paste. The lower parts of the cliff face inherited a diagonal layer of breccia, formed from individual pillows breaking off and covered with ash.

Nearby, two volcanic fissures (fault lines) from the sea advance onto land in western Reykjanes and produced a series of low-lying craters, called Stampar Crater Row, each resulting in a lava field. The crater series were formed over two periods, the most recent, about 8oo years ago, while the oldest resulted from an eruption almost 2,000 years ago. There are hiking trails where these craters can be examined up close with visible hot spots. Reminders, that 30 of Iceland’s 130 volcanoes are still active today in certain parts of the country, displaying boiling mud flats, geysers and geothermal pools where the hot water can be harvested for power plants.

We follow a paved road near a Geothermal Power Station, that also supplies excess heated water to the geothermal mineral baths at the Blue Lagoon, a favorite with locals and visitors alike. Nearby sits a fish processing plant, the smell mingling with the sulfurous odor synonymous with geothermal activity, something you get used to in the country’s volcanic regions.

Earlier we departed Selfoss, motoring between sheep-riddled fields and Icelandic horse farmlands towards the south coast fringe, where the old habit of erecting occasional stone markers to show the way during ancient times, has been replaced by multiple stone reminders of land ownership. The farmlands soon give way to the hillsides, frocked with an abundance of flowering purple-shaded lupins, wherever soil exist. The colorful plant regenerating displays all over the country.

Approaching Grindavik, the peninsula transforms to a raw alien (almost moony) landscape. On the mountainous side, old low-lying craters, fissures, and bubbling geothermal mud pools occupy the land. On the other side, vast moss-covered lava fields seem to stretch endlessly towards the unseen southern seascape, like motionless puffy clouds. The spongy grey-green and woolly fringe moss display its fascination under shifting shadows, the green shades domination changing mood and perception. Wondrously strange sites amongst a multitude of other spectacles in this hard-fraught land. Moss-covered lava fields occupy much of the Reykjanes Peninsula, there is little else that grows, but it needs adequate water and above freezing temperatures to thrive, otherwise lies dormant. Disturbances to mosses and lava fields are largely protected by Icelanders, forever conscious of their environment. Moss absorbs sunlight, turning carbon dioxide into organic food for microorganisms, and generating oxygen. And myth, or otherwise, Icelandic folklore keeps alive the contention that elves are part of the hidden community that thrives under the carpets of moss-covered lava. Locally known as Huldufolk – hidden people, but that’s another story.

BIO: John’s work and other adventures have taken him to many different parts of the world, where human volatility and disregard for the planet’s environmental health are at risk. His travel stories have appeared in Wanderlust, Our Canada Magazine and The Vancouver Sun. Instagram: john.a.barrett 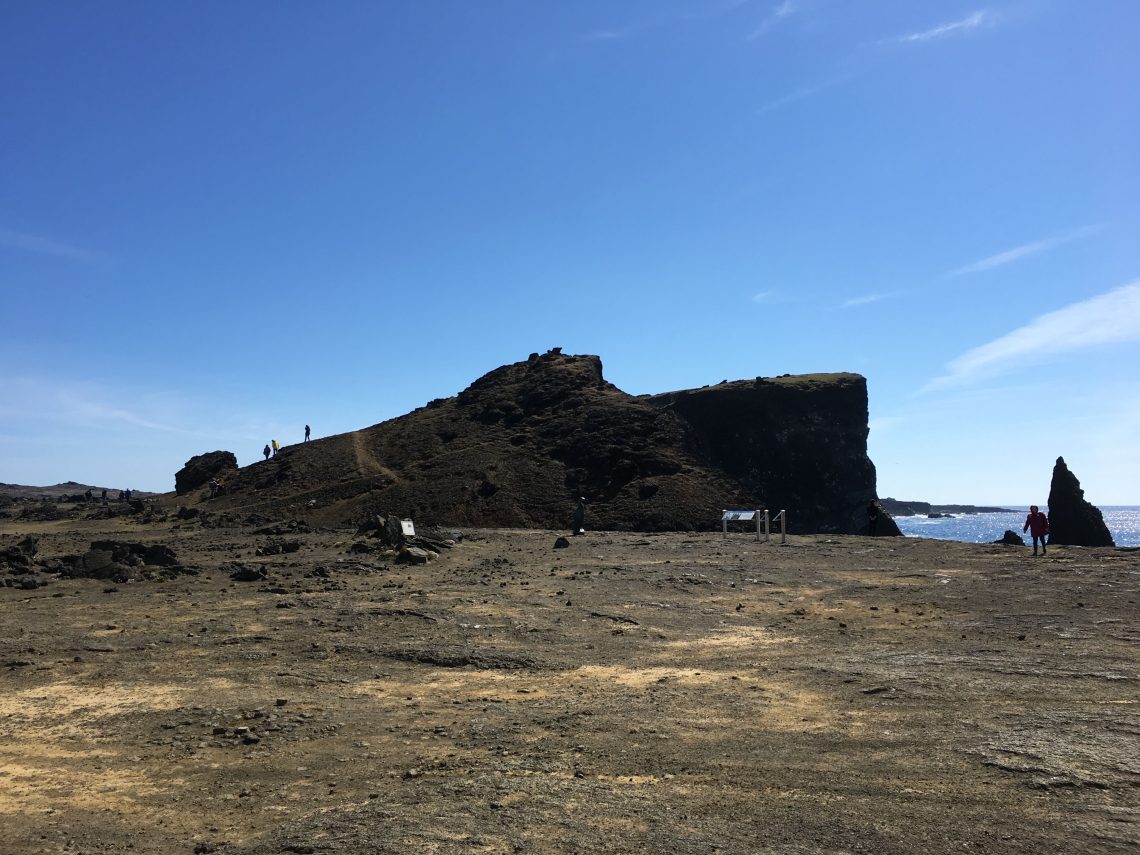