A cross on this mesa-like mountain/ at night: lit up purple like American pentecostlism seen all over the city/steep drop/straight down/10 stories?/ Rumored that lots of people commit suicide here, plunging off at the foot of redemption’s symbol./ What an image! A poem here!/ Ultimate despair/ Ultimate salvation. 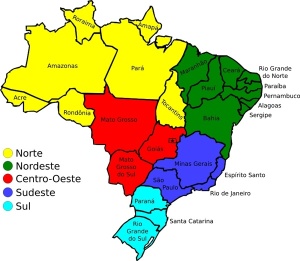 The cross of Santa Cruz do Sul, Rio Grande do Sul, Brazil.

Mark Fitzpatrick’s credits include Parting Gifts, Oasis, The MacGuffin, Whiskey Island Review, The Small Pond Magazine of Literature, Oxford Review, Dramatic Shorts, Amarillo Bay and many others. My novel-in-verse was a finalist in the Tassy Walden Creative Writing for Young People contest. Two of my plays are in catalogues. Another play, “A Holy Thursday Lament” was recently published in Qu, the literary magazine of Queens University of Charlotte. This year, another play was a finalist in the Tennessee Williams Once Act Contest.