Travel Essay:  It does not take long for the natives of Guanacaste, Costa Rica to sell the philosophy of Pura Vida, or “pure life,” nor for visitors to envy the gorgeous work life balance that the Ticos, as they’re affectionately called, seem to achieve each day. There may seem to be an anomalous equilibrium of perfection, until one afternoon, after sipping a glass of ague dulce at breakfast, then enjoying a generous serving of papas con chorizo for lunch, an opinionated conversation is overheard, that resonates competition between the Ticos, and the Nicaraguans, or Nicas. Guanacaste borders Nicaragua to the north, and excursions to the neighboring country include rich stops to adore views of volcanic lakes, to savor meals of churrasco beef and to shop for Flor de Cana rum. During these rare moments of tension, it’s reassuring to know that, however heated the comments of both natives may sound, the Costa Ricans generally have a favorable opinion of tourists, including Americans and Spanish expats who emigrate to their country to follow their economic and entrepreneurial dreams.

Sometimes, the usual anxiety that accompanies traveling includes a fear of sharks, or the real concern about the tremendous intensity of the sun before it begins to slice the evening horizon.

If you’re environmentally conscious, perhaps you’ve worried about the business of over fishing, or the real threat that worldwide deforestation poses, including the destruction of indigent species approaching extinction. It may settle your woes to learn that Costa Rica is somewhat of a model country. Its government compensates landowners for reforestation, a program that has preserved and repopulated much of its biodiversity with sustainable practices. Combined with a carbon neutral initiative that emphasizes conservation policies over gross consumerism, the lack of mass marketing is rarely missed here as days pass, creating ineluctable memories of Guanacaste’s ecotourism.

Among the sinewy Ficus trees of the Monte Verde National Park, the bird species are too numerous to count. Toucans and tree frogs blanket the cloud forest in dynamic formations. In the butterfly garden, Blue Morpho butterflies and owl butterflies populate the canvas. You may wonder what the distracting snapping noise is that interrupts the delicious serenity of the landscape—but know that it’s only the variable cracker butterfly’s way of defending itself. Tread lightly over it’s territory, being careful not to step on any of the delicate species as you traverse suspension bridges and moss-covered roots of strangler trees. 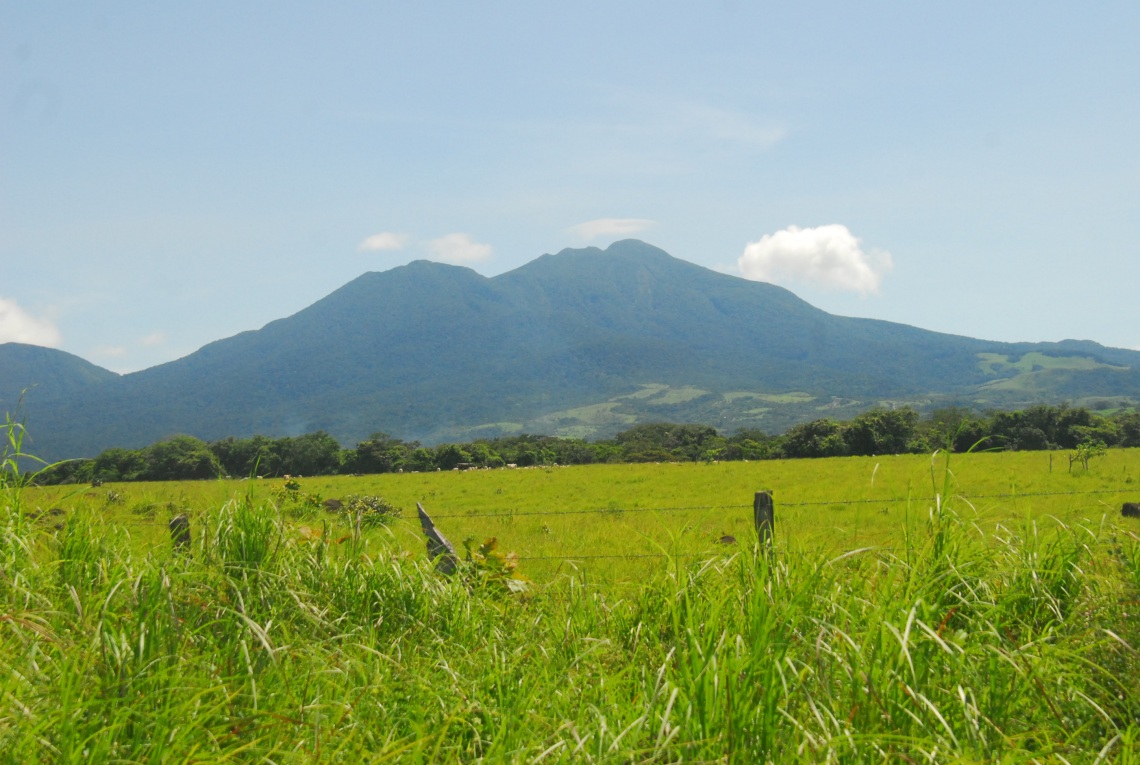 With almost 20 percent of the world’s butterfly populations identified in Costa Rica, your tour group is unlikely to go very long without seeing one fly by. If you’re enjoying a siesta, and you happen to leave unattended your brightly colored talavera dish of just picked mango and ripe papaya, you may have to share your delicacy when a malachite butterfly perches on it to the suck the nectar. If you’re lucky enough, one may choose your shoulder to land on, as these natives need repose from time to time, too, although if it happens to be Sunday, you’re more likely to see the butterflies at work than the Ticos. In Guanacaste, weekends are customarily spent at family  gatherings, attending religious services, and relaxing among friends.

While the Costa Ricans display a healthy sense of industry, community and a solid work ethic, you’ll notice, if you’re fortunate to remain in Guanacaste long enough, that projects may not move forward in the New York minutes of North America. Find solace, however, knowing that work here gets done with pride, lasting relationships are formed in the process, and quality remains paramount. The Ticos have priorities—among them, first, is family. Recreation, including World Cup soccer, comes in near the top of the list, too. If the president hadn’t declared a national holiday in 2014 so that everyone could stay home to cheer on the national team, the underdogs in the FIFA World Cup quarterfinals, most of the citizens would have done so anyway.

And after an intense sporting competition becomes heated, it seems impossible to refuse the luxury of cooling off at beaches where the velvety canopy and mountainous terrain meet thundering ocean breakers. 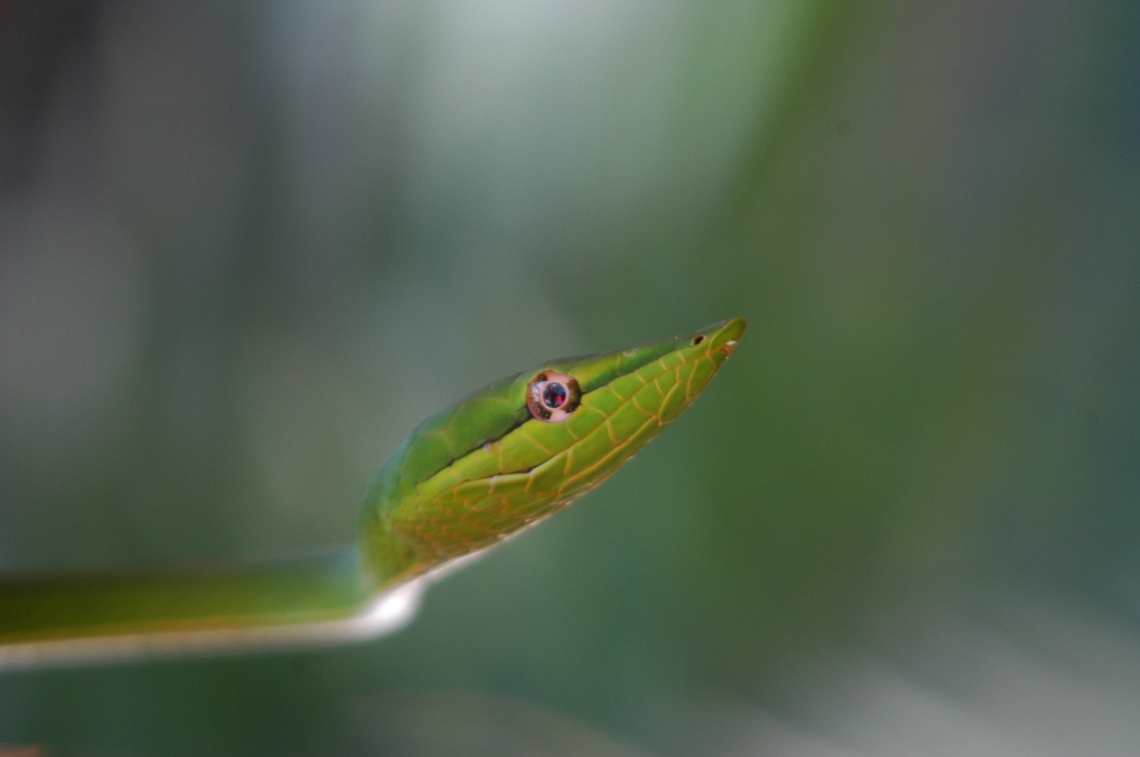 As a tourist, you’ll want to dive right in, but take heed.

The wind off Playa Hermosa, just inside the bay near Peninsula Papagayu is the force that brings the jellies. They tangle like blonde hair, wash up on the sand, and they are barely visible in the water until they attach like thin strands. Luckily, some baking soda and vinegar alleviates the sting, and they do not limit the allure of the beach beside the mountains. The rock formation called Monkey Head Island marks the entrance to Guanacaste bay. Beyond it, the Pacific Ocean rolls. The province of Guanacaste is breezy in July where it rests in the northwest region of Costa Rica, and it’s much less humid than the interior of the Central American nation. Each day during rainy season when the clouds pile and the thunder cracks close to the mountains, the tourists scatter, but the sun reappears quickly, and the pool beside the resort fills again and music booms louder than the afternoon electricity in the sky.

It’s possible to avoid the midday commotion entirely by going white water rafting in the upper Tenorio River, where the boat is shaded by a canopy of jacaranda and Cedro amargo and the Casco de venado, a tree whose name means deer hooves, for the shape of its leaves, which split into two, like the hooves of deer. The sun often gleams through the murky water topped white, and gives you a hint of its heat on your back. During the breaks in the current where the speed of the river slows, look above for howler monkeys and sloths and vine snakes, and beside the boat for an occasional water snake. The rafting guide, if he is very good, will call out when it’s time to lift your oars up and to shelter in the boat, while barreling over faster clusters of irregular rocks. It’s always at this time that the less experienced rafters will want a picture, but it’s best to wait until the largest drop at the end of the run, an eight foot drop that only occasionally tips the raft and soaks everyone and cools the skin. If you decide not to ride in the boat at the final drop, there is a path you may walk along where tiny spiders are barely noticeable on the slate rocks unless you look very close.

On the ride to the Arenal Volcano, you’ll get out and wonder how the guides can consider this work, because everywhere at an elevation of just five thousand feet or so, for 360 degrees around you, appears to be from the perspective of God’s eye on the land, but the windward breeze will usher you back into your van, and the hairpin turns and squealing brakes of your van will keep you reminded that your driver is doing a job to keep you on your destined path. The wisps of cirrus that collect around the tops of the mountains here always make you consider what would happen if the volcano were to suddenly erupt, but when you’re enjoying a meal of fried plantains and ceviche with flecks of red pepper and lemon and of fish caught from both sides of the continent, you’ll forget the premonition that overcame you on the hike, and you’ll relax in the company of happy go lucky locals and new acquaintances, trying with rehearsed awkwardness of social convention to cultivate your friendships as the Latin Americans do so naturally.

To the casual observer, these afflictions of Rapunzel jellyfish and vine snakes and volcanoes and water spiders are not much to complain about at all, for as you depart from the daily ways of chasing dollars, pursuing an endless path of concrete in cars, and instead begin to set up a rig on a fishing boat for a four hour struggle of reeling a 200 pound marlin, or perhaps a sailfish if you are a beginner, you’ll see that the redundant condition of unattainable wealth dissolves into the Cordillera de Guanacaste Mountains just near the border of Nicaragua. Here an oxen is more valuable than the dollar bill, and if you are fortunate, you will forget about your pursuit of them while you settle into your chair on a 43 foot Maverick fishing boat, drawing from the bait well as the Caterpillar diesel engine settles on a sea that may roughen from time to time, tossing you gently with its swells where marlin with spears and blue dorsal fins give them speed enough to evade your swift chase.

Later, in Coco Beach, there will be more food and drink to soften your losses, a generous portion of seafood drowned in macadamia pesto and rounds of guaro sours, the national cocktail made with maracuya, passion fruit, and coconut crème, or a jaguar colada. The sugar cane liquors will exasperate your sweet tooth all evening until it’s time to leave. You will embrace these woes of passing adrenaline often and repeatedly upon your return home, remembering where you walked among the mosses and ferns and orchids of the Monteverde cloud forest as an occasional tourist.

BIO: Melissa Franckowiak is an MFA student and a practicing anesthesiologist in Buffalo, NY. Recently, her work has appeared in Traffic East, Ghost Parachute, Fredericksburg Literary and Art Review, and Rio Grande Review. Melissa is the mother of two children, the owner of a chatty Amazon parrot, and a lover of all things outdoors. She writes as Melissa Crickard.