Travel: The Fringe Quarter is an ongoing photo project detailing the proximity of tourists to the homeless, the unemployed and the underemployed in one of America’s great tourist destinations — New Orleans. Note that some of these pictures originally appeared in Lunch Ticket in Fall 2017. 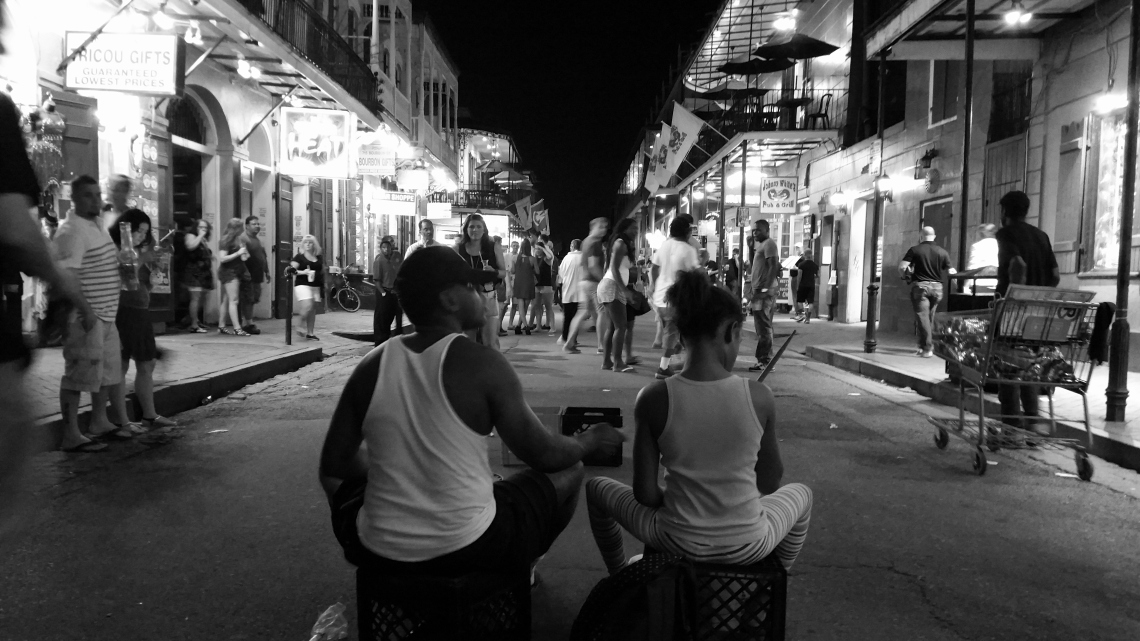 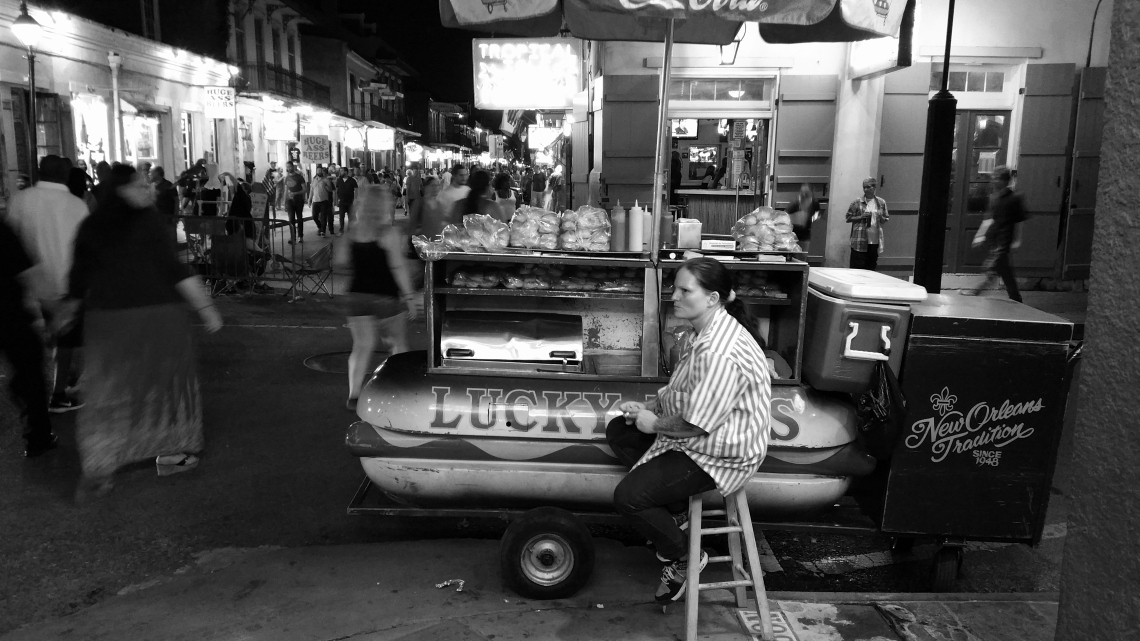 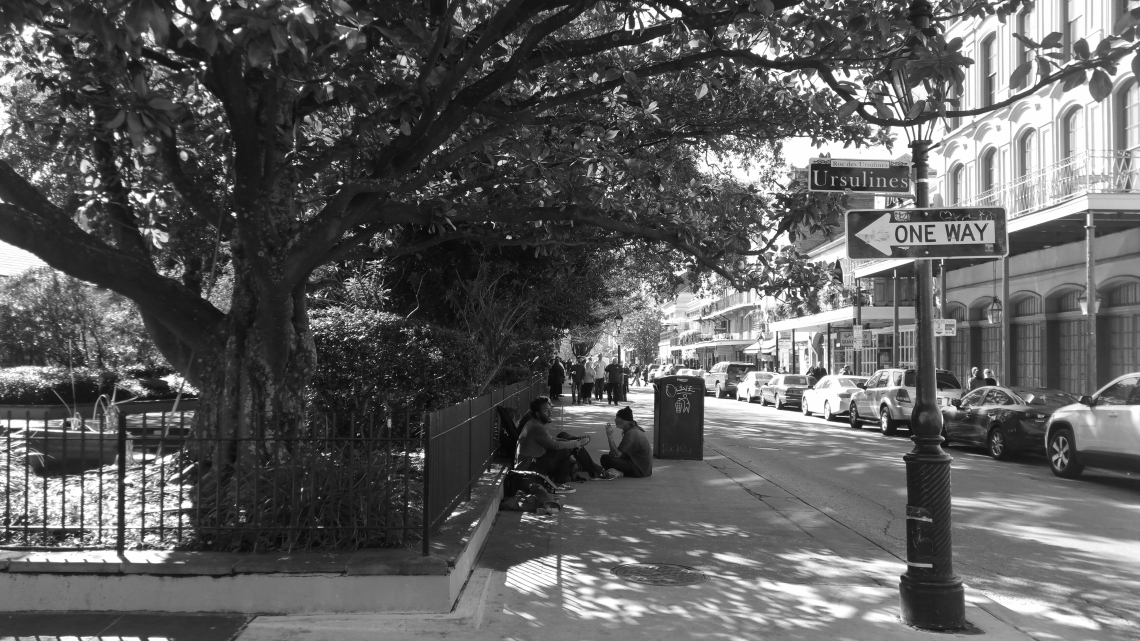 BIO: Jay Waters walked away from a good job in order to teach in college and do other things, including photography. Old enough to know better. Yearns to be a well-travelled Southerner. Believes that a photo should be, as much as possible, just the coincidence of life and camera. Inspired equally by Edward Hopper, Ansel Adams, Randy Newman and Gordon Parks. More work at noodlephotos.com. From McCalla, Alabama.